WHAT DOES PUTIN WANT?

On Monday 19 September 2016, Hubert SEIPEL, a German journalist, drew an exclusive picture of Wladimir PUTIN during the inaugurational event of the newly founded SLAVONIC EUROPE movement in Brussels. In form of a reading from his latest book titled „PUTIN – The inner views of power“ and the following questions and answers session, Seipel gave an insider view of one of the most powerful man on earth resulting in the double cognition: You can only judge what you have seen and learned yourself  and – as a democrat, you cannot impose your own criteria on and against the majority of another people.

The first SLAVONIC EUROPE event – the SLAVONIC SALON – took place in form of a FIRESIDE CHAT on Monday 19 September 2016 in Brussels in the Club Royal des Guides at the Place de Luxembourg attended by around 50 participants.

This series of FIRESIDE CHATS, which will present in regular intervals personalities from the domains of arts, science, innovation and business, started with a reading from the German journalist Hubert SEIPEL – an acknowledged Putin-expert and the author of the book: PUTIN – The inner views of power. Prior to the reading, David CHMELIK, the founder and president of the SLAVONIC EUROPE (SE) movement, gave an introductory presentation of the SE movement’s founding ideas, principal objectives and planned activities.

Mr.  Seipel’s reading began with an explanation of how he get acquainted with the topic of Russia and with Wladimir Putin in particular. He described his first interview with the Russian president and the origin and making of his documentary film about him. The following selective readings from his own book about president Putin led to a questions & answers round: A series of interested as well as critical questions have been raised, which resulted occationally in intensive dialogues between the author and the very diversified public counting EU officials and staff, international business representatives, academic fellows and a number of interested students coming primarily from Eastern European countries. Seipel’s advice to the public during the evening: One cannot judge people and cultures, which one have not seen and learned himself and – as a democrate, one cannot impose his own criteria on and against the majority of another people.

As a special guest, a delegation of the Slavonic cultural and artistic association SLAWA from Liège/Belgium, led by its Secretary General Valéry DVOINIKOV, attended the SLAVONIC EUROPE inaugural event in Brussels, which has been closed by a reception.

The SLAVONIC EUROPE (SE) movement, founded in Brussels in spring 2016, presents an alternative approach to the European integration:

It aims at presenting and highlighting through a wide scale of activities the unity of mind & emotion which lies at the hearth of the Slavonic culture and at showing its full variety. Without geographic or political borders, the SLAVONIC EUROPE movement strives to emphasize the peaceful power of the Slavonic culture as well as its sense for community – the very basis of each integrational undertaking. It endeavours to give back to the Slavs – and hence to whole Europe – their full identity trough a cultural bottom-up approach, in contrast to the purely economistic top-down approach of the Schuman Plan from the 1950th still at work today in the EU.

The Slavs are the biggest language family on the European continent encompassing around 312 million people, totaling more than 20 ethnic groups and counting 13 Slavonic countries. On an international scale, there are more than 360 million Slavs living around the world. They are the only cultural group in Europe whose countries are situated in substantial numbers both inside and outside the boarders of the European Union having even the vast majority of its population outside of the EU boarders. This specific geographic position gives to the Slavs the potential of natural mediators in Europe between East and West and their cultural richness as well as cultural unity in diversity the role of natural cultural integrators of the Eastern part of the European continent. 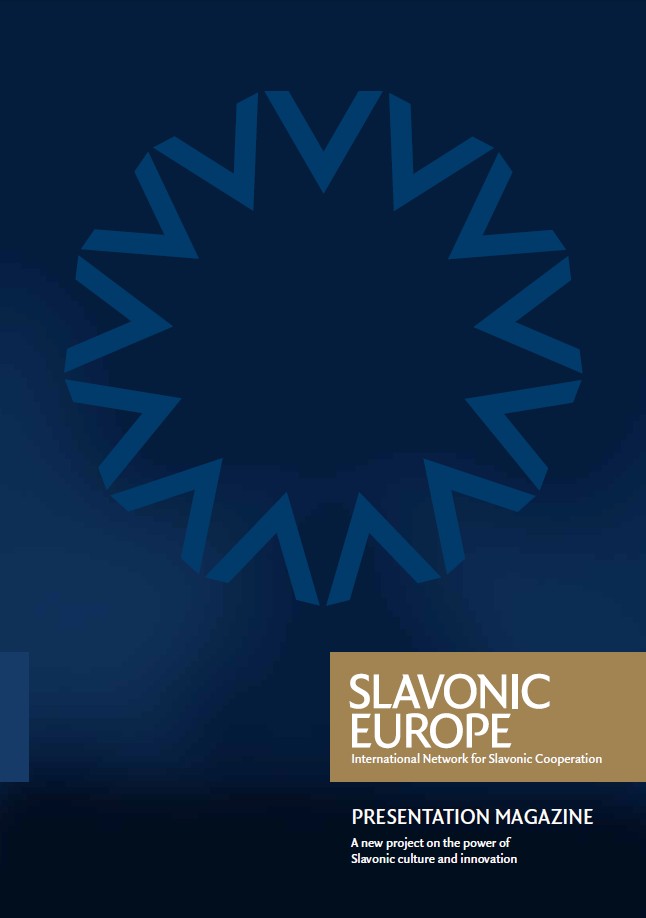 We use cookies to ensure that we give you the best experience on our website. If you continue to use this site we will assume that you are happy with it.OkRead more
Go to Top